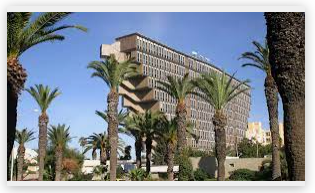 After the Second World war, Europe faced many problems. There were millions of displaced people that needed to be homed. The war had destroyed great swathes of some of the most populated cities in Britain and the continent. Northern France had been a major battleground, and Germany was flattened as well. In the UK, areas of London’s East End, Manchester, Birmingham and Coventry had ceased to exist in any meaningful way. To make matters worse, bricks and building materials were scarce. What could designers and architects come up with that would fill the gap and provide something new that would break with the past?

The answer was brutalism. Despite its angry-sounding title, it was an attempt to use concrete to create new and exciting structures for living, working, and leisure. Just ask Monster Mix, a Concrete Cheltenham based company. They would agree that Concrete is a versatile, strong and perfect building material.

Using wartime bunkers as inspiration, designers found that they could build anything. Shapes and designs, previously thought impossible, were suddenly made available to them. Moulds, strengthened with iron and steel framework, could see buildings put up in weeks rather than months.

Some of these visions have been celebrated. The Trellick Tower in London and Unite D’habitation are considered to be successful attempts at using the style. However, others have been vilified and ultimately demolished,  Portsmouth Tricorn Centre and the Hotel Du Lac in Tunisia being two examples.