BLOCKCHAIN, FROM BITCOIN TO DIAMONDS 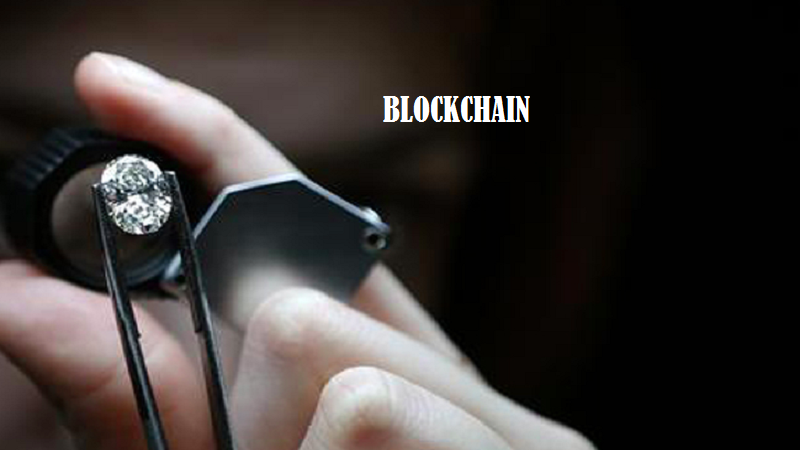 The conflict of blood diamonds or those obtained in war zones and under practices such as slavery is attributed to 3 million deaths, according to the Statistic Brain Research Institute.

With the aim of stopping deaths and curbing the trade in illegally obtained pieces, 14 years ago the General Assembly of the United Nations and the diamond industry established the Kimberly Process. An international certification system that ensures that diamonds reach consumers are free from war zones. However, the human intervention in the procedures to certify this process has given rise to corruption, says Leanne Kemp, founder, and CEO of Everledger, a British firm that through the use of blockchain seeks to solve this problem.

We think the big advantage of using this technology is that we give a footprint to each of the diamonds.

Every ledger, founded in April 2015, photographs and scans diamonds capturing up to 40 data points from each of them. But the key technology in his company is blockchain, which gives a unique, unrepeatable code that is incapable of being edited once it is given to the diamond and also allows tracking the transaction of this.

The blockchain, better known as the bitcoin cryptocurrency key, is a shared database that works like a digital record book. This chain of blocks allows to verify all the transactions that have been made in the history of a bitcoin, that is, it allows to track the goods that move in it.

Blockchain means the next internet

“The internet as we know it today is very successful, it is the fundamental instrument of the economy. It is the foundation of existing companies in the world and there is not a person on the planet who does not use it. But the construction of the internet was to achieve the transfer of information and gave way to transactions. But with blockchain we are moving from the World Wide Web (largest global network) to the World Wide Ledger (largest global record), “explains Kemp.

Every ledger could apply its technology to other types of goods, such as gold.

According to estimates from the Markets and Markets analyst firm, the market value of blockchain applications will reach 2,313 million dollars by 2021, almost 100 times more than the 210 million reached last year.

Tomas Alvarez, the founder of Midfield, a Mexican startup that uses blockchain to certify documents, agrees with Kemp about the potential of this technology.

“The internet allowed the massification of information in a digital format, blockchain is allowing to do the same but for financial assets,” says Alvarez.

“With the internet, you had information that moved very fast but the asset moves at the speed of paper and people. Now for the first time, you have open financial systems where you can build and upload not only cryptocurrencies but documents such as titles, promissory notes, title deeds. The financial system opens up to a huge disruption, “he adds.

Midfield started operations just over a year ago as a spinoff of Volabit, a bitcoin exchange house co-founded by Alvarez. His own needled the company to develop a solution to sign and guarantee the veracity of the documents. The idea of developing these intelligent contracts was validated by financiers.

The startup makes use of the electronic signature of the SAT to give legality to the documents, but through the unique code that the chain of blocks provides, it supports the veracity and allows them not to be repeated.

“We developed the technology to be able to make the technological integration of the electronic signature of the SAT and the blockchain of bitcoin to give uniqueness to a document. It is quite useful, for example, in documents such as promissory notes in which, without this unique code, someone could make several copies and try to collect them, “Alvarez explains.

The entrepreneur sees a great opportunity in Mexico and globally because there are just over 50 countries that provide an instrument similar to the electronic signature. The bases are set, he says.

“I think that blockchain is the next wave and will allow eliminating intermediaries and areas, for example in property transmissions. Instead of going with a notary now the person will do it through a smart contract and it will take two minutes and instead of costing him 4,000 pesos just to go to sign, he would pay 30 pesos “, says Alvarez.

Recently created companies, such as Everledger and Mifiel, are the ones that are exploring the application of blockchain in other industries such as art and health.

Ascribe is a signature that, through the blockchain, allows artists to shield their creations by certifying the authenticity of the works, designating a limited number of editions and tracking the expansion of creations through the internet thanks to the blockchain.

In the case of health, Genecoin is one of the largest cases of blockchain application. This platform allows digital backing of the DNA of its users through the blockchain.

THE GREATEST DISRUPTION WILL BE IN BANKING

However, large technology, consulting and banking corporations also see interest in the opportunities that blockchain opens for their businesses. Firms such as IBM, SAP, Deloitte and financial institutions such as UBS, Credit Suisse, and Banco Santander have blockchain-based projects.

“It is a technology that can solve the future for commercial and business transactions. It is a very innovative technology but we are still in that phase of when the internet became popular. The blockchain is a technology that has been developing for 8 years and I think it can have a major explosion due to its application in financial sector industries, “says Juan L. Hernandez Conde, lawyer and co-founder of the firm specialized in digital, technology and e-commerce companies Novus Concilium.

The financial services firm UBS, which for more than two years has experimented with the use of blockchain, plans to build, through technology, a commercial financing system that uses distributed accounting books to streamline import and export transactions globally. , reported the Wall Street Journal last year.

In 2015, Banco Santander became the first banking institution in the United Kingdom to integrate blockchain technology to make international payments. The bank launched a mobile app that allows sending from 10 to 10,000 pounds in real time, ensuring the transaction with the chain of blocks.

“I believe that blockchain will be the key to who survives and who does not. Banks that know how to transform their business model, integrate blockchain, lower their costs and give value will survive and those who ignore the blockchain will have a low probability of moving on to the next financial revolution, “Álvarez concludes.

Genecoin (Health): This platform allows digital backing of the DNA of its users through the blockchain. Through a code, it is possible to encrypt the information.

Ascribe (Art): Through the blockchain allows artists to shield their creations by certifying the authenticity of the works, designating a limited number of editions and tracking the expansion of creations through the internet.

Colu (Banking): The system of this company uses blockchain to perform different types of financial transactions, both physical and digital. Create a digital identifier for the asset and the buyer receives an encrypted token.